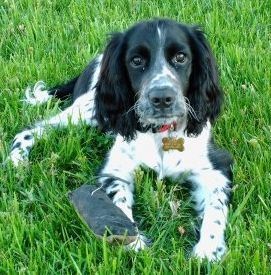 The medical term for the inflammation or disease of the outer ear canal is ‘otitis externa’. It is one of the most common diseases of pets and it is estimated that up to 20% of the dog population is affected by this disease.

All parts of the body, including the ears, have yeast and bacteria cells. Ear infection occurs when the quantity of bacteria or yeast cells grows to an overwhelming amount or the cells are replaced by disease-causing organisms. A major factor that contributes to the prevalence of Otitis media is the fact that the ear is a part of the body by which the animal is most exposed to foreign objects, ear mites, bacteria, yeast and trapped water. Also, the presence of growing hair or tumour can lead to the development of infections.

Dogs are especially susceptible to ear infections because of the positioning of their ear canals. Their ear canals plunge downwards and then horizontal from the ear opening, thereby making it difficult for trapped dirt or water to be released. Allergies, hypothyroidism or an excessive amount of ear wax can also lead to the development of infections. Wow, that’s a lot of information, right?  You’re probably thinking “Ok, so what do I need to look for?” Keep reading!

Some of the causes of ear infection in dogs include:

The symptoms obvious in cases of ear infections are largely dependent on how severe and widespread the infection is. Signs may range from no visible symptoms to obvious nervous system involvement. Some of the symptoms when present include:

The commonly prescribed home treatment for ear infection is by cleaning the ear canals using cleaning solutions and medications such as antimicrobials to fight bacterial infection. However, if the ear infection is severe, the dog may be kept in the hospital for treatment and further assessment. Based on the diagnosis, the veterinary doctor may prescribe oral and/ or topical drugs, and in extreme cases, surgical drainage may even be necessary especially in cases of recurrent ear infections.

The treatment prescribed will depend on the cause and severity of the infection as well as the secondary conditions that may be accompanying it. For bacterial and fungal infections, antibiotics and antifungals are usually given respectively; for allergies, corticosteroids are given. For Ear problems caused by a systemic disease such as a hormone abnormality, the prescribed therapy must be one that treats the whole dog, such as hormonal replacement.

The most important point to healthy ears for your dog is to keep them clean. The ears should be checked regularly for discharge, odor, and other signs of infection. A routine cleaning of once to three times per week is advised in dogs that are prone to infection. The dog’s ears should be dried thoroughly and carefully after baths or swimming and also, periodic tweezing away of hair is advised in dogs that have hair growing around the opening of their ear canal.

Above all else, consult your veterinarian for the proper care procedure for your dog.

Does your pet have a flea allergy?